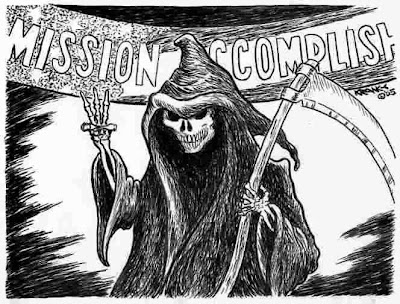 *A black baby is three times more likely to be murdered in the womb than a white baby.

*Since 1973, abortion has reduced the black population by over 25 percent.

*Every three days, more African-Americans are killed by abortion than have been killed by the Ku Klux Klan in its entire history.

*Planned Parenthood operates the nation's largest chain of abortion clinics and almost 80 percent of its facilities are located in minority neighborhoods.

*About 13 percent of American women are black, but they submit to over 35 percent of the abortions.

What did Margaret Sanger to the Ku Klux Klan that lead her to be invited back 12 times?  If she returned today, she would surely say, "Misson accomplished!"