Thank you Loyal Followers! 1.5 Million views over the years!

For well over fifteen years we at the Margaret Sanger blogspot have been encouraging artistic portrayals of the Margaret Sanger speeches to the Ku Klux Klan.  Her close relationship with the KKK is a historical fact that should be known to all - -  particularly since the organisation she founded (Planned Parenthood) receives millions in tax dollars and has killed millions of African American babies.

At last, the film industry is heeding our advise.  Dinesh D'Souza's movie "Death of a Nation" had a brilliant scene re-enacting Sanger's  historical speech at a KKK rally.

These movies bring back fond memories of the Annual Margaret Sanger Art Contests we had back in the day,

Yes folks, at long last, it is time again for The Margaret Sanger at the Ku Klux Klan Rally Art Contest.

This year's contest will be the 3rd Annual and marks the 81th Anniversary of Margaret Sanger's speech to the Women's Branch of the Silver Lake Ku Klux Klan. In her own 1938 autobiography, Margaret Sanger An Autobiography (1971 reprint by Dover Publications, Inc. of the 1938 original published by W.W. Norton & Company) Sanger indicates at pages 366-367 that the she got along quite well with members of a New Jersey branch of the Ku Klux Klan at her 1926 speech, eventually getting a "dozen invitations to speak to similar groups."

Participants in this year's contest are encouraged to commemorate Sanger at the Klan rally in unique artistic ways. Drawings, cartoons, historical novels, haiku, dance, plays, videos, paintings, quilts, rap, puppetry, modern interpretations of Sanger speaking to the Klan, reenactments of the speech on YouTube, mime, audio recordings of actual Sanger quotes she may have reused when speaking to the Klan - - there is no limit to the artistic ways this historic event can be commemorated. Please note, this year we will not be accepting photoshopped entries.

We are honored this year to have two prestigous bloggers as judges, Jill Stanek and Sean Dailey.

Jill Stanek gained national attention when as a registered nurse at Christ Hospital in Oak Lawn, Illinois, in 1999, she discovered babies were being aborted alive and shelved to die in a soiled utility room. She went public with this news, testified twice before Congress, and her efforts ultimately led to the passage of Born Alive Infants Protection Act. Jill now writes a weekly column for WorldNetDaily in addition to her highly information pro-life blog, Pro-life Pulse.

Sean Dailey is the Editor-in-Chief of the delightful Gilbert Magazine, published by the American Chesterton Society. Sean also maintains the Blue Boar Blog , a blog devoted to G.K. Chesterton, our Lady, home brewing, inns, Distributism, good literature, the lost art of Catholic drinking, and other crucial elements of Catholic culture. As an expert on the wit and wisdom of GK Chesterton, Sean seems ideally suited for the task of judging this year's contest.


The Big Abortion Industry still holds Margret Sanger out as an icon. Artwork is one more important ways to promote the truth about Margaret Sanger.

The rules for this year's contest are simple:

1) Send submissions to the Margaret Sanger Blogspot through the comments section of this blog or by e-mail to Defundabortionguy at hotmail.com.

2) Submissions will be accepted through the month of October with the winners being named on November 1.

3) There is a limit of 12 submissions per person.

4) The art can be any artistic expression (computer drawings, photography, music, poetry, video, audio recording, haiku) as long as it attempts to recreate Margaret Sanger at the KKK Rally.

5) 1st, 2nd and 3rd Place will be announced here on November 1. The comments and views of readers of this blog will be taken into consideration by the judges as well as the views of other respected bloggers.

6) It is our hope and prayer that this contest will be enthusiastically promoted by other bloggers who are free to promote this idea, borrow this idea, steal this idea, or do anything else they want in order to educate the public about the truth concerning Margaret Sanger. It is understood that any entry can be reproduced on this blog and others.
Please encourage others to participate by e-mailing this information to other pro-lifers, bloggers, and artists!!

And if you are wondering what it looked like on that strange day in Silver Lake, here are Sanger's own words describing the Klan Rally:

From Margaret Sanger: An Autobiography, P.366:

Always to me any aroused group was a good group, and therefore I accepted an invitation to talk to the women's branch of the Ku Klux Klan...As someone came out of the hall I saw through the door dim figures parading with banners and illuminated crosses. I waited another twenty minutes. It was warmer and I did not mind so much. Eventually the lights were switched on, the audience seated itself, and I was escorted to the platform, was introduced, and began to speak.

Posted by Brother Declan at 5:45 PM

awesome post.you may also LIKE to read this
NegosyongPinoy.info

Thanks for sharing such a valuable information.Im very thankful to you that you had given me this opportunity to write on this blog.please visit our website I assure you that it will be very useful for
Packers And Movers Hyderabad

Packers and Movers Bangalore as a Services providing company can make all the difference to your ###Home Relocation experience. Bangalore based Company which offers versatile solutions, Right team that easily reduce the stress associated with a ✔✔✔Household Shifting, ***Vehicle Transportation. we help things run smoothly and reduce breakages and offer you seamless, Affordable, Reliable Shifting Services, Compare Shifting Charges @ Packers And Movers Bangalore

My name is Donald boykins , and I am here to thank Dr Akhigbe for using his herbal medicine to cure my Herpes virus. Is about 3 years and 6 months now I have been living with this virus and it has been a serious problem to me, I was so confused cause i have been taking several drugs to be cured but all of my effort was in vain,one morning I was browsing through the internet then I saw several testimonies about Dr. Akhigbe curing people from Herpes virus and immediately i contacted Dr. Akhigbe on his email: drrealakhigbe@gmail.com, i told him about my troubles and he told me that i must be cured, he gave me some instructions and which i rightly followed. so he prepared a herbal medicine and sent it to me which i used for 2 weeks and i was cured everything was like a dream to me and my Herpes virus was totally gone, dr .Akhigbe, God bless you and give you more power and ability for more cure.I don't know if there is anyone out there suffering for herpes virus or any of these diseases..DIABETES, CANCER,  HIV/AIDS, HERPES HEPATITiS A AND B. FEVER, EPILEPSY, MENINGITIS, DENGUE SCHIZOPHRENIA, PROSTATE, THYROID, BACTERIA, MALARIA, DICK AND BREAST ENLARGEMENT,MULTIPLE SCLEROSIS, TUBERCULOSIS, DIARRHEA, POLIO, LOW BLOOD PRESSURE,  INSOMNIA,ARTHMA, LUPUS,  RABIES, JOINT PAIN, STOMACH PAIN, HYPEROPIA, HEART DISEASE, CHRONIC DISEASE,EPILEPSY, LUPUS, STROKE, SPINAL CORD INJURY, ECZEMA, KIDNEY DISEASE, ACME,  KAWASAKI, BACK PAIN etc. why don't you contact dr.Akhigbe today and be free from your diseases because he is very good and honest Doctor and he is also called the godfather of herbal root contact him via email; drrealakhigbe@gmail.com or whatsApp him on +2349010754824
website https:drrealakhigbe.weebly.com

Best blog i have ever seen, thankyou for sharing the article!!

Loved this article! Thanks for sharing

Thanks for sharing this wonderful article

Packers and Movers in Bangalore said... 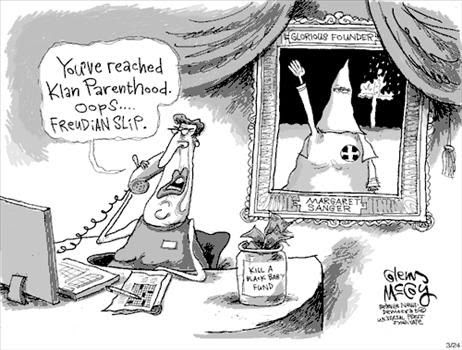